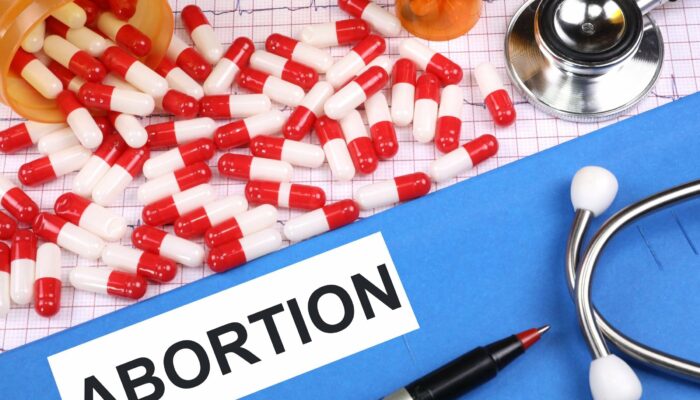 Maxine, a pseudonym for a 58-year-old woman, is among a sizable proportion of Americans who are morally opposed to abortion.

Republican, Christian and a grandmother, Maxine “can’t believe that anybody could honestly say that life doesn’t begin at conception. … That’s the black and whiteness of it, for me: Either it’s life or it’s not.” Abortion is “murder,” she told me.

But Maxine has also driven a friend to a clinic to get an abortion.

As a sociologist, I met Maxine in May 2019 while leading a study about how everyday people across the U.S. think and feel about abortion.

Maxine explains that her friend wasn’t perfect and neither were her circumstances, but she was still worthy of help.

“[S]eeing how [my friend] was raised and all the things that had happened to her, I guess it gave me more of a viewpoint where I would still say [abortion’s] wrong, but I would never tell anyone, ‘You did wrong,’ or condemn them in my mind,” Maxine said.

The cost and logistics of undergoing an abortion in the U.S. mean that few Americans can obtain one without help. Abortion seekers – more than half of whom are already mothers, many with young children – commonly look to friends or family for help.

My research, in collaboration with social demographer Sarah K. Cowan and colleagues, shows that many Americans may be willing to help a friend or family member get an abortion – including those morally opposed to it.

The personal side of abortion

My research team talked face to face, confidentially, with hundreds of Americans throughout the United States to explore abortion opinions beyond what surveys reveal. We mailed letters to 2,500 randomly selected U.S. residents, inviting participation in a study regarding a “social issue.” From the nearly 700 who completed a demographic pre-screener online, we selected 217 for in-depth interviews averaging 75 minutes. Our sample closely mirrors the U.S. population overall.

Data from the 2018 General Social Survey, a nationally representative survey fielded since 1972 by the National Opinion Research Center at the University of Chicago, revealed that 76% of Americans who were morally opposed to abortion would nonetheless give “emotional support” to a friend or family member who decided to have an abortion. Another 43% would help make arrangements, and 28% would help pay for associated costs. Six percent would help pay for the abortion itself.

Amid the backdrop of legislation in Texas permitting citizens to sue anyone who helps a woman obtain an abortion after six weeks of pregnancy, these findings may be noteworthy.

While federal and state courts debate the legal status of abortion, the issue is much more personal for ordinary Americans. Nearly a quarter of U.S. women will obtain an abortion by the age of 45. Three-quarters of the hundreds of Americans my team and I interviewed knew someone personally who has had an abortion.

Talking confidentially with morally opposed Americans willing to help a loved one get an abortion helped us understand this seemingly contradictory behavior. Our team found three main explanations during our interviews.

The first was “commiseration”: exercising empathy for imperfect loved ones in an imperfect world. The second, “exemption,” carved out a special allowance for only their own loved ones. And a third, “discretion,” considered treating friends and family as capable of making their own moral decisions.

All three approaches enabled Americans otherwise opposed to abortion to maintain their personal values – in this case, keeping their moral opposition to abortion – while also exercising what they believed was an obligation to support a loved one.

One could ask whether this is hypocrisy. Our research suggests otherwise: that requests for help from friends and family activate multiple and potentially competing values.

Such is the case for Maxine and other Americans who hold simultaneously to their opposition to abortion and to their commitment to help a loved one in a time of need. My co-authors and I call this inclination to offer help that runs counter to another value “discordant benevolence.”

Finding morally opposed Americans among willing “helpers” muddies the line between those who support abortion rights and those who oppose them. It also complicates how many of us may understand the ways that ordinary Americans put their values vis-a-vis abortion into practice in real life.

Among interviewees who disclosed to us a personal abortion experience, 10% told us that they, too, were “morally opposed” to abortion. Another 50% said that abortion’s morality “depends.” Asked to clarify, interviewees named contingencies such as a person’s reasons, beliefs, risks, abortion history or consent to sex.

Their own reasons for seeking an abortion varied. Some felt pressured. Some didn’t know quite what to do. One told us, “It’s different when it comes to your body and your future and your life.” Interviewees with personal abortion experience were more likely to say that abortion should be “legal under any circumstances” than to say that they were “not morally opposed” to abortion, consistent with data from the General Social Survey regarding the U.S. population overall.

Americans commonly hedge and offer caveats and exceptions to their legal opinions on abortion. Decades of polling from Gallup show the largest group of Americans to support legality in “certain” circumstances. Our interviews revealed that support varied depending on when in a pregnancy an abortion occurs, health risks, number of abortions, or even whether the abortion-seeker is known personally.

Contradictions, complexities and guesses, in other words, were common in ordinary Americans’ abortion thinking and corresponding behavior in relationship with others.

Helping at a crossroads

Like so many of the Americans we interviewed, Maxine bristled at shorthand labels for abortion positions such as “pro-life” as well as at the extremist rhetoric advanced by more radical flanks. “Both sides have a whole viciousness to them, you know?” She cautioned against rendering judgment “until you’ve walked in someone’s shoes.”

Legislation that targets the “helpers”, such as those willing to lend a hand to a friend or family member seeking an abortion, sweeps up a far broader swath of Americans than policymakers may anticipate. The threat of a lawsuit may well dampen the degree of benevolence friends and family are willing to extend.

But as for Maxine, alongside many of her morally opposed American counterparts, the willingness to support a loved one might just persist alongside other sincerely held values.

Tricia C. Bruce is a sociologist at University of Notre Dame. This article was first published by The Conversation on April 22, 2022 and is reprinted here with permission of the author.