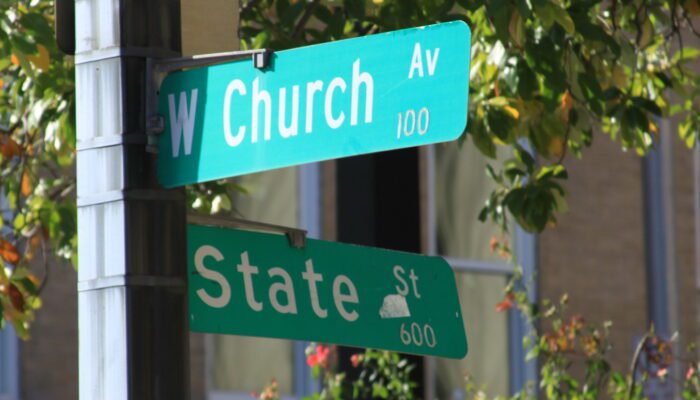 There’s a common thread in two seemingly unrelated cases in the news right now: The Christians singing worship songs on a commercial airline flight and the former high school football coach in Washington State who insisted on holding public prayers on the 50-yard line after games.

The common thread is performative Christianity that operates out of a place of assumed privilege. That is a privilege so taken for granted that the average American Christian has no clue they are swimming in it.

We should not be surprised by this. This is, in fact, how much of evangelical Christianity operates. It’s how I was raised and most other evangelicals were raised. We were not trained out of meanness or spite, but we were conditioned to believe we held the true truth and represented the majority culture — despite also being taught that we were being severely persecuted by godless secularists.

I know to outsiders this may sound insane. But inside the system, particularly if you’re a child or teenager, if makes perfect sense.

“The root of this mindset is Christian nationalism.”

The root of this mindset is Christian nationalism. If you begin with the premise that America was founded as a “Christian nation” — which it was not — then it easily follows that Christians must be given special privilege. This is seen not only as an expectation but as a historical fact.

This is one of the unspoken reasons evangelicals are so upset about revisiting the true stories of American history: If we start unraveling the previously untold stories of the Alamo and George Washington and Ronald Reagan — to name a few — there’s a severe danger that Christian privilege could be challenged. Their whole cloth of privilege could come apart by pulling on a single thread.

Take the young people singing on the plane. I’ve been in similar situations. I’ve even been a chaperone with church youth choirs who were asked to spontaneously sing in public places because others were genuinely interested in the work the youth were doing. I get it. And I also know that in the evangelical mindset, no opportunity for public witness should be ignored. This is, at root, about an evangelistic mindset, about bearing public witness to faith and inviting others to join.

But what we have failed to understand is that is the very problem. We can quickly become like siding salesmen showing up unannounced at the front door of your house. We may indeed have the best “product” in the world, but that doesn’t mean we have the right to force our witness on unsuspecting passengers who can’t simply step off the airplane.

The parallel to this, of course, is the thousands of evangelicals who have been trained — literally trained — to use places like airplanes to evangelize their seatmates. What Christians may see as a God-ordained witnessing opportunity, the poor seatmate may see as religious assault.

“What Christians may see as a God-ordained witnessing opportunity, the poor seatmate may see as religious assault.”

Such attitudes and actions from Christians are not evil, but they are misguided. And they originate from a place of assumed privilege. As I’ve written before, there’s an easy test to understand this: What if the roles were reversed and you, dear Christian, were seated next to an evangelizing Muslim or Hindu or Mormon or atheist? Would you afford them the same assumed privilege you claim for yourself? I don’t think so.

Modern Christians must understand that we live in an increasingly pluralistic society and that assuming Christian privilege actually does more harm than good. If you want to be a good witness for Jesus, this is not the way to do it. It is tone deaf and arrogant and rude — pretty much the opposite of every virtue of love described in 1 Corinthians 13.

Which brings us to the former high school football coach, Joe Kennedy. He says his Christian faith compels him to offer public prayers on the 50-yard line after games. Compels him?

Where has he learned that? There is no biblical mandate for such an attitude. In fact, quite the opposite. Jesus scorned the Pharisees who made a show of their public piety and said instead it would be better to pray alone in a closet.

Officials with the Bremerton, Wash., school district offered Coach Kennedy the equivalent of a prayer closet and he refused it. He demanded a public display allegedly to give glory to God. But what everyone else saw was him giving glory to his own ego, not to God.

“He demanded a public display allegedly to give glory to God. But what everyone else saw was him giving glory to his own ego, not to God.”

And in the process, he effectively coerced impressionable young athletes to join his midfield spectacle — a clear violation of the First Amendment.

But as we see clearly now — good heavens, this case just was heard by the U.S. Supreme Court yesterday — modern evangelicals are interested in only half of the First Amendment’s religious freedom language. They only want to emphasize their own freedom of religious expression while ignoring the prohibition on governments or schools establishing or favoring one religion over another. As long as the religion being established is theirs.

The fact that the Supreme Court agreed to hear this case — that alone is stunning. It should have been dismissed out of hand. And that there are enough justices on the high court who apparently believe — despite decades of legal precedent — a coach might be entitled to such a blatantly sectarian religious display is unimaginable. If the court rules in the coach’s favor, conservative evangelicals will have succeeded in rewriting the very definition of “religious liberty” to be “liberty for me but not for thee.”

If you don’t believe that’s true, go back to the test mentioned above: Would Muslims or Jews or Wiccans or atheists or Hindus be afforded the same privilege to rally at center field after every football game and coerce student athletes to participate? Once again, I don’t think so.