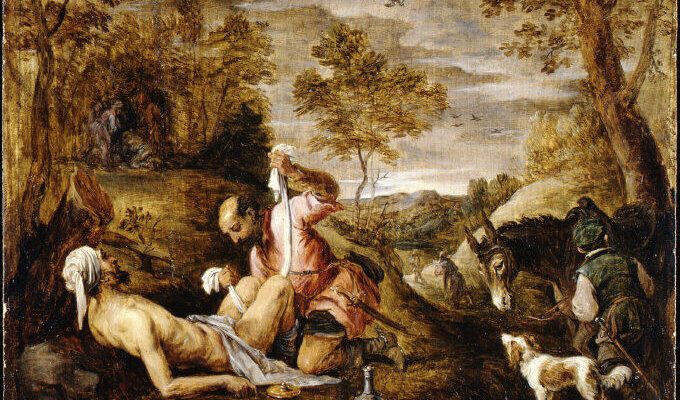 Critical Race Theory grew out of the work of legal scholars of color who recognized how racism was structured in law, although now it is used across a wide variety of academic disciplines and activist work. CRT recognizes that racism, rather than being individual attitudes, is a system that produces and is produced by social institutions (like the church, education, medicine, media and law) and symbolic messages (like language and images).

CRT attempts to make these systems visible in order to dismantle them and build more inclusive, equitable and just structures.

A primary method of CRT is counter-storytelling. CRT tells stories that challenge dominant stories, norms and assumptions. Counter-stories highlight the experiences of marginalized and vulnerable people whose narratives expose problems with dominant narratives. Counter-stories are especially useful in exposing discourses that seem race-neutral but in reality rest on racist assumptions.

For example, the dominant narrative of science is one of objectivity, empiricism and merit. But listen to the stories of BIPOC (Black, Indigenous and People of Color) in science, and you’ll hear another story. One Pew Research Center study found that more than 60% of Black STEM (science, technology, engineering and math) workers had experienced some sort of racial bias at work. Another report found that 77% percent of Black women in science feel they have to prove themselves over and over again.

In that same study, Latinas reported experiencing backlash for being assertive on the job. During her graduate program in plant biology, Regina felt she had to prove herself again and again, especially as the only Black student in her cohort. In fact, one white faculty member tried to have her terminated from the program. Messages were sometimes blatant, sometimes subtle, but always clear — “Are you really good enough?”

Jesus used a similar technique in his teaching. In fact, we see a good example of CRT at work in the story of the Good Samaritan.

But that’s not enough for the lawyer. He wants to justify himself, and so he asks, “Who is my neighbor?”

The prevailing narrative in Jesus’ time was that a neighbor was someone who was a member of the covenant community and who shared a reciprocal relationship to support and promote welfare. A Samaritan did not fit this bill. In fact, Samaritans were considered “ethnically and religiously suspect.” While Samaritans saw themselves as true Israelites, Jews saw them as a result of a mixture of Assyrians and Israelites, especially a religious mixture. The lawyer would not have expected a Samaritan to be the protagonist of a story.

So Jesus rocks his world by telling a counter-story that challenges the lawyer’s ethno-religious bias and asks him to think and act differently.

Mikhail Bakhtin suggests that often outsiders in a story may have a fuller perception of what’s happening than insiders because their “outsidedness” puts them in a better position to see what’s really going on. Throughout the Gospel of Luke, outsiders often understand Jesus better, including the Samaritan woman at the well.

In the story of the Good Samaritan, we again see an outsider who better understands the law than the lawyer. So the story puts the lawyer — and Jesus’ listeners (and modern day readers) — on the spot. It disrupts our worldview of who our neighbor is, and it demands we act, not like the priest and Levite insiders, but like the Samaritan outsider.

Reading this narrative as a counter-story within the context of Critical Race Theory raises a number of possibilities for modern readers.

At the core of this story is ethno-religious identity. We see a similar dynamic in white evangelical Christianity in the age of Trump. What purports to be a religious identity is really a racial identity that shapes religion, which is why we often see behaviors so at odds with the teachings of Jesus.

As in the story of the Good Samaritan, the insiders are those who by their embrace of ethnic and religious identity purport to know and keep the law, and yet we see that in centering these dominant identities they actually violate the spirit of the law they profess to keep. As the story shows us, it’s one thing to know the law and another to do it. Or to paraphrase Bebe Moore Campbell, “Your Christianity ain’t like mine.”

In June 2015, Dylan Roof, a 21-year-old white supremacist, studied and prayed with parishioners at Emanuel AME Church in Charleston, S.C. While in the 17th and 18th centuries in this country whites shared the gospel with free and enslaved Black people, churches remained sites of segregation and discrimination. In the early 19th century, many free Black people left these congregations to create their own denominations and churches, free of white control and discrimination. Emanuel AME, “Mother Emanuel,” was one of the first of these churches and so an apt target for Roof’s bigotry and rage.

After the Bible study, Roof opened fire and killed nine members of the church.

In the aftermath, rather than crying out for retaliation, the congregation prayed for Roof, even as they buried their dead. They offered him words of forgiveness. Some predominantly white Christian denominations issued statements condemning the shooting and racial hatred; others, including the Southern Baptist Convention, remained largely silent. Some conservative news organizations turned the shooting into a religious issue, completely ignoring the central racial dynamic.

Following the shooting, many South Carolinians gained a new awareness of the continuing existence of racism, and renewed calls for the Confederate flag at the South Carolina statehouse finally to come down prevailed at last. Yet in both 2016 and 2020, 55% of South Carolina voters, mostly white, cast their ballots for Trump, a man with a long record of violating every Christian norm, even as Black South Carolinians by far voted for Clinton and Biden.

Who is in the ditch?

We might easily read this story with Dylan Roof as the attacker who leaves someone in a ditch by the side of the road. But what if we read it with Roof in the ditch, wounded by legacies of white supremacy, with Black members of Mother Emanuel as those who show him compassion?

Where does that leave other white people? Like Roof in the ditch and in need of compassion and healing from racism? Or like the priest and Levite who walk on by, too invested in their own racial and religious purity to help? Or the lawyer, trying to justify themselves?

Read this way, the story doesn’t leave room for “good” white people who think they aren’t complicit within the system of racism. Rather, the story read this way makes abundantly clear the inconvenient truth that white people do not escape accountability for racism simply because they announce their good intentions toward people of color.

What it means to be human

Another truth of the story is the role Black people play in the liberation of white people from the sin of racism. The Samaritan saw helping the injured man as part of his responsibility as a citizen of this world, as a human being. He didn’t need to be thanked; he didn’t need to be repaid. He needed to be able to look himself in the mirror and know that he had done the right thing. He knew what it was to be dismissed, discriminated against, stepped over. And so he, like many people of color, gave to someone who could be his enemy, because he understood love for his fellow human to be for all people, not just those who look like him.

This also seems to be the plight of people of color in this country, especially Black people. The racial liberation of white people rests on the work of people of color. This work takes many forms, such as leading marches to protest racial violence; devoting one’s academic scholarship to explaining what race and racism are; giving guidance on how to be anti-racist; and organizing community conversations with white neighbors.

White people have their own work to do, but it always happens in relationship with the work of people of color to dismantle racism.

If these stories and readings leave you uncomfortable, that’s the point of both Jesus’ parables and CRT. They expose the ambiguities, create disruptions and demand that we face truths better seen by outsiders. They bring subordinated perspectives to the surface so we have to confront systemic, institutional and personal failings, and then they call on us to act.

Only by hearing counter-stories can the white church confront its racist past and its continuing participation in the maintenance of white supremacy.

The white church needs to hear the outsider lest it become self-congratulatory for renouncing racism in its proclamations while embodying white supremacy in its practices. The white church must realize it is in that ditch with Dylan Roof in need of redemption and healing.

The counter-stories of CRT offer a powerful and disconcerting way for the white church to begin its journey toward racial repentance, atonement and reconciliation.

Regina McClinton serves as chief officer for diversity, equity and inclusion in the College of Pharmacy, University of Michigan. Susan M. Shaw serves as professor of women, gender and sexuality studies at Oregon State University in Corvallis, Ore. She also is an ordained Baptist minister and holds master’s and doctoral degrees from Southern Baptist Theological Seminary.

This article is part of a series of articles published by Baptist News Global during December 2020 and is reprinted here with permission.