Life, Liberty and the Pursuit of Happiness 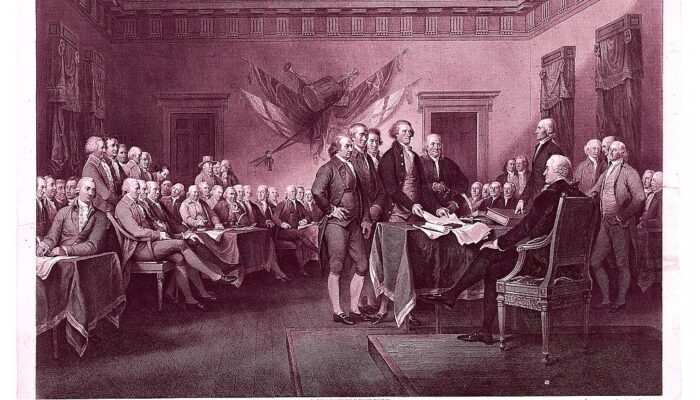 The Case for Life

Christian theology holds that each person is made in the image of God; as in Matthew 25, where Jesus says, “I was a stranger and you took me in…whatever you did for one of the least of these, you did for me.”

But, even if you have a different faith, or no faith, a peaceful society still requires a collective commitment to treat other human beings as of value — regardless of their station, character or net worth.  Without such an understanding, individual self-interest can motivate people to cancel others, through violence and other forms of abuse.

It seems to me that this must be pretty absolute, if we are to avoid the slippery slope of picking-and-choosing which lives to preserve.  Capital punishment is an affront to the principle of respect or reverence for life.  Euthanasia, however well-meaning, too, must be seen as overstepping that limit.  Violence and killing in war cannot be made benign merely on the basis of defense of others, a righteous cause or self-defense.

Clearly, this valuing of life is the cornerstone of opposition to terminating a pregnancy.  Most who oppose such a procedure believe that a human person resides in the womb.  If one believes that, one’s position against abortion is inevitable and inescapable.

This is what is known as the “consistent life” position.  Anyone who declares themselves “pro-life” must be made to grapple with a charge of inconsistency or hypocrisy, if they accept killing in one area and reject it in another.  We cannot turn a blind eye to trans teens contemplating suicide, addicts dying from overdoses or families on the edge of malnutrition and starvation — all of these involve potential avoidable loss of life, and life is precious.

The Case for Liberty

Our Constitution is an evolving instrument.  It began as a means of establishing a structure of governance, a set of roles and processes, the shape of a nation. As the document developed — especially with addition of the Bill of Rights — it morphed into also being a statement about human freedom and autonomy.  (Whether it will continue to expand its charge on behalf of the people remains to be seen.)

In my view, it is unnecessary to speak of a “right to privacy” — I think it’s all liberty and it’s all limited.  I am free to extend my own arm to reach for a book or for a shot of whiskey.  But my freedom stops when my fist collides with someone else’s jaw.  I am free to move from one town to the next, but not if it is to avoid prosecution for a crime.  I am free to retreat into my own home, but I am not free to abuse a child there — even my own offspring.  I am free to speak my mind, but not to shout “fire!” in a crowded theater, when I know there is no fire.

Starting with this fundamental observation — that rights exist and that they have limits—how must we approach the special case of aborting a pregnancy?

Abortion does not occur in a vacuum.  It is tied up with multiple moral, social and political values.  First and foremost is the fact that there is an imbalance in, as they say, “whose ox is gored.”  A woman will bear the discomfort, disruption and pain of pregnancy and childbirth.  She will typically bear the lioness’ share of nurturing and caring for the infant or child.  She may have her career altered or put on hold in deference to her parental responsibilities, even if some of them are shared with a spouse or partner.

Second, there are few circumstances that limit our personal freedom as much as assuming responsibility for a child.  It is almost axiomatic to say, “Your life will never be the same,” after having a son or daughter.  It has been described as “spending the rest of your life with your heart outside your chest.”  And, we know, this responsibility — even in 2022 — does not fall equally on the father and the mother, the granddad and the grandma.

Third, childbirth and child-rearing have enormous impacts on financial stability, employment and social networking.  Poverty or prosperity are strongly linked to family size and the spacing of births.  The cost of bringing a child from birth to age 18 is estimated to average $267,000.

Fourth, one’s body is, in a sense, one’s last bastion of self-determination.  Torturers know that if you control the body, you can likely control the mind.  It is the exceptional person who can be psychologically free when their physical self is in irons or under duress.

Lastly, any of us who are old enough to remember what pre-Roe America was like know that abortions will be done, whether the law permits them or not.  The maternal health and life that may be lost when a back-alley procedure goes south are every bit as precious as that of the fetus that was the subject of that procedure.

The Case for the Pursuit of Happiness

So, we have a problem.  No one is going to be satisfied until we find a real resolution of this issue.  The yawning chasm between pro- and anti- is growing ever deeper.  Dialogue must rest on a base of mutual respect.  Those opposed to abortion cannot be unmindful of the very real concerns of advocates on the other side.  Those who favor having abortion available as an option cannot continue to dismiss “life” as nothing but a red herring.

A few things seem obvious to me:  that women must be a large part of the conversation; too often, those trying to settle the matter are all of the male gender; that the best minds of our society need to be consulted, including scientists, ethicists, faith leaders and social workers; and that our government (including the high Court) needs to recognize the tension between Life and Liberty that lies at the core of our Constitution and its exegesis.

The above may have made no one happy; but maybe that’s a good sign because where we are now is unsustainable.

— Alex Patico is an Orthodox Christian who served in the Peace Corps in Iran and was co-founder of the National Iranian-American Council. He is an inter- national educator with the Institute of International Education, coordinated North American programs for the Orthodox Peace Fellowship, and has served on boards of Churches for Middle East Peace as well as the National Religious Coalition Against Torture. He lives with his wife, Elaine, in Columbia, Maryland.