Is God Complicit in Our Suffering? 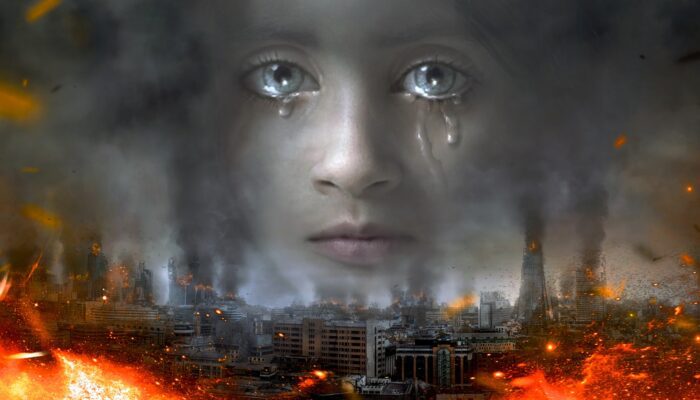 In the Winter 2022 issue, R. Page Fulgham wrote a thoughtful article on the age-old issue of evil and suffering. For many, the troublesome question is not why suffering, especially that caused by human behavior, exists, but rather, isn’t an omnipotent God complicit in the suffering by not preventing it?

Interestingly, this is basically the same question asked about NATO regarding its refusal to enter Ukraine and stop the Russian invasion. If God does not prevent suffering, God’s loving and compassionate character can only be maintained if it can be shown that to do otherwise would likely result in even greater damage to humanity or that to allow or cause suffering produces a greater good. The latter is the Irenaean type of theodicy.

I suggest Jesus actually taught that God cannot be expected to prevent or reduce suffering caused by human behavior. This conclusion is based on two ideas. First, Jesus taught the universality of God’s love, that all of us are equally valued by God. Thus, God should not be expected to exhibit preferential treatment to some and not others.

So why not simply reduce the suffering of all? This question leads to the second idea. Preventing people’s choices would require coercion and/or manipulation. The Great Commandment says that we are to love God and neighbor. Genuine love requires free choice. Love cannot be coerced. In order for humanity to be able to love, God must not interact with us in a way that coerces our behavior. No coercion means no rewards and punishments in this life directly from God and no interference in our freedom to choose our own course of action. For God to give the command to love, that is at the very heart of the Kingdom of God, and then interact with us in a way that inhibits our ability to obey that command would be sadistic. This is not the character of God portrayed by Jesus.

The fact of no preferential treatment and no coercion strikes at the bedrock principles of the Covenant in the Hebrew Bible whereby God gives rewards and causes suffering as a means of discipline just as a loving parent does for a small child. I suggest that this explanation was soundly rejected by Jesus. Luke 13 gives examples of suffering, one by human hands and the other by apparently natural causes, which Jesus says are not attributable to the sins of the victims. In Matthew 5:45, Jesus says God “makes his sun rise on the evil and on the good, and sends rain on the righteous and on the unrighteous.”

Jesus’ entire healing ministry is based on his belief that suffering was not the will of God. Even the author of the Book of Job has God say to Job that he was correct in his claim that God did not reward the righteous and punish the wicked and that his “friends” were wrong.

I suggest that Jesus was teaching that God interacts with us as morally responsible, adult children worthy of love and respect, made in God’s image. If God were to coerce our behavior, it would diminish our very humanity. Would freedom from the consequences of our choices make us more responsible, loving people? All the evidence I see is to the contrary.

I suggest that much of the anxiety in our relationship with God exists precisely because the church has not taught Jesus’ understanding of how God can and cannot interact with humanity. In the Parable of the Prodigal Son, the father (the God figure) did not coerce the son to come home, but waited in love for the son to decide of his own free will to return.

Jesus’ way of understanding how God interacts with humanity has huge implications for what we can expect from prayer. This is covered in more detail in my book Coherent Christianity*. This understanding of God can be very freeing. During my father’s long, losing battle with cancer, we expressed to God our desire for his recovery, but we never expected that because we prayed, we could somehow persuade God to relieve Dad’s suffering. We never worried that if he or we had lived more faithful lives, God would have been more likely to cure his cancer. Our relationship with God was not based on quid-pro-quo. Our trust in God’s love was a source of strength, never a source of disappointment.

In conclusion, suffering, due to human behavior, is a consequence of God’s choice to self-limit God’s power in order to preserve our integrity as human beings made in God’s image. This self-limited omnipotence is the basis for ethics. We can no longer imagine that God will make our communities or our world a better place. This responsibility has been delegated to us and meeting this responsibility, by following Jesus’ example, becomes the defining principle of Christian ethics today and gives meaning and purpose to our existence as human beings.