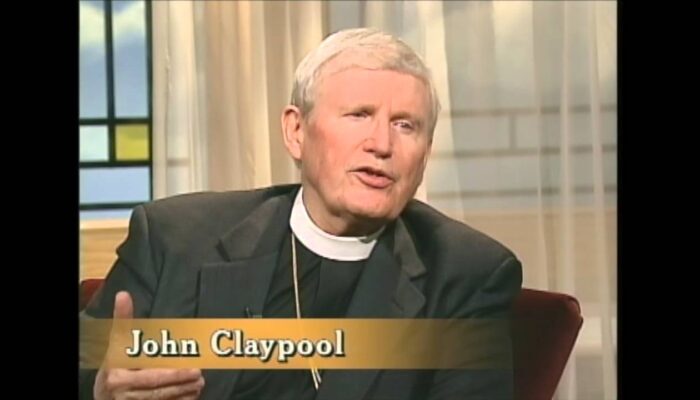 Without much debate, many consider John Claypool as one of the most prominent preachers in the South in the latter half of the 20th century. He was often called “the preachers’ preacher.” His “confessional preaching” style has been the subject of doctoral dissertations and his former Episcopal church published a collection of memories in a volume entitled Life Is Gift. The book, Claypool, might be called, the editors suggest, “a posthumous Festschrift.” Fourteen writers, pastors, professors, former church members and students, including Claypool’s son, reflect on Claypool as pastor, preacher, and professor. The book focuses on who Claypool was and what he accomplished and seeks to introduce him to those who do not know him. Throughout the book, central themes from Claypool’s life and preaching are noted such as “life is gift,” “the basis of hope,” “humility,” and “generosity.” Rowan, Claypool’s son, initiated the desire to see this book become a reality to capture his father’s career.

Claypool is introduced by a biographical sketch of his life which focuses on his college and seminary years, his call to ministry, marriage, churches he served, and his struggle with the death of his daughter, Laura Lue, with leukemia, and his melee with his own woundedness. In a chapter entitled “A Claypool Bibliography,” Walter Shurden explores the 12 published books of Claypool and how they reveal his theological vision, major life themes and his approach to sermon making. Shurden also believes that Claypool’s books show something of the religious experiences that shaped his own spirituality. His first book, Tracks of a Fellow Struggler, Shurden believes, revealed the framework of much of Claypool’s thinking, preaching and teaching that moved from “the darkest of events” to what he affirmed as “the basis of hope.” Shurden also notes that Claypool’s book, Opening Blind Eyes, has 60 pages that are autobiographical insights into the profoundly personal experience that shaped Claypool’s life.

The book relates Claypool’s success as a preacher in five churches but traces his administrative struggles, his conflicts in some of his congregations over racism, gender equality, ordination of women deacons, civil rights issues, the Southern Baptist Convention controversy, the membership of Black people, and other issues. His congregations were gracious to allow him time away to speak at various colleges and universities, and to deliver major preaching lectures at schools like Midwestern Baptist Theological Seminary, Golden Gate Baptist Theological Seminary, The Southern Baptist Theological Seminary, and the prestigious Lyman Beecher Lectures at Yale Divinity School, only the third Southern Baptist to deliver them. This latter lecture series was published in his book, The Preaching Event, and relates his method of “confessional preaching.”

The book explores Claypool’s personal struggle with his own sense of unworthiness, vocational fatigue, burnout, and his state of exhaustion which he experienced that led him to resign as pastor of Northminister Baptist Church and seek a year of Clinical Pastoral Education in the Southern Baptist Hospital in New Orleans, Louisiana, for healing. His divorce, pilgrimage into the Episcopal Church, new marriage, and 14 years as rector at St Luke’s Episcopal Church in Birmingham, Alabama, are explored as well. An interesting read is noted in how he was almost not interviewed at St. Luke’s because of his age, divorce and not having been an Episcopal priest very long. His return to Baptist life by teaching preaching at Mercer University’s McAfee School of Theology is an interesting climax to his lengthy career as a minister. The sermon, “View from the Second Row,” by Claypool’s son, Rowan, is a moving piece that tells about his dad’s time at Crescent Hill Baptist Church and gives a glimpse into the reason for his parent’s divorce. The book concludes with an examination of Claypool’s benediction which he used in all his churches. David Hull notes that it had a threefold focus– the practice, the meaning and the echo. Claypool said the benediction was designed as an “interpretive framework around the pilgrimage of life.”

The 12 chapters, foreword, and the epilogue are designed to guide us through the life and ministry of one of Christianity’s noted preachers. The chapters are professionally written, easy to read, often genuinely personal, and presented without ignoring Claypool’s weaknesses or personal struggles as well as noting his strengths and singular contributions as a preacher, pastor, teacher and fellow struggler on life’s journey. For those wanting a gate into the lifeway of Claypool will find this book a genuine rich resource, and those who do not know him will find this book a stellar introduction to a minister who has much to teach those who will “listen.”

— William Powell Tuck is a retired Baptist pastor and seminary professor. He has been a contributor to Christian Ethics Today and many other journals. His book, Conversations with My Grandchildren about God, Religion, and Life esd reviewed by Fisher Humphreys in Issue 115 of Christian Ethics Today. He and his wife, Emily, live in Richmond, Virginia.